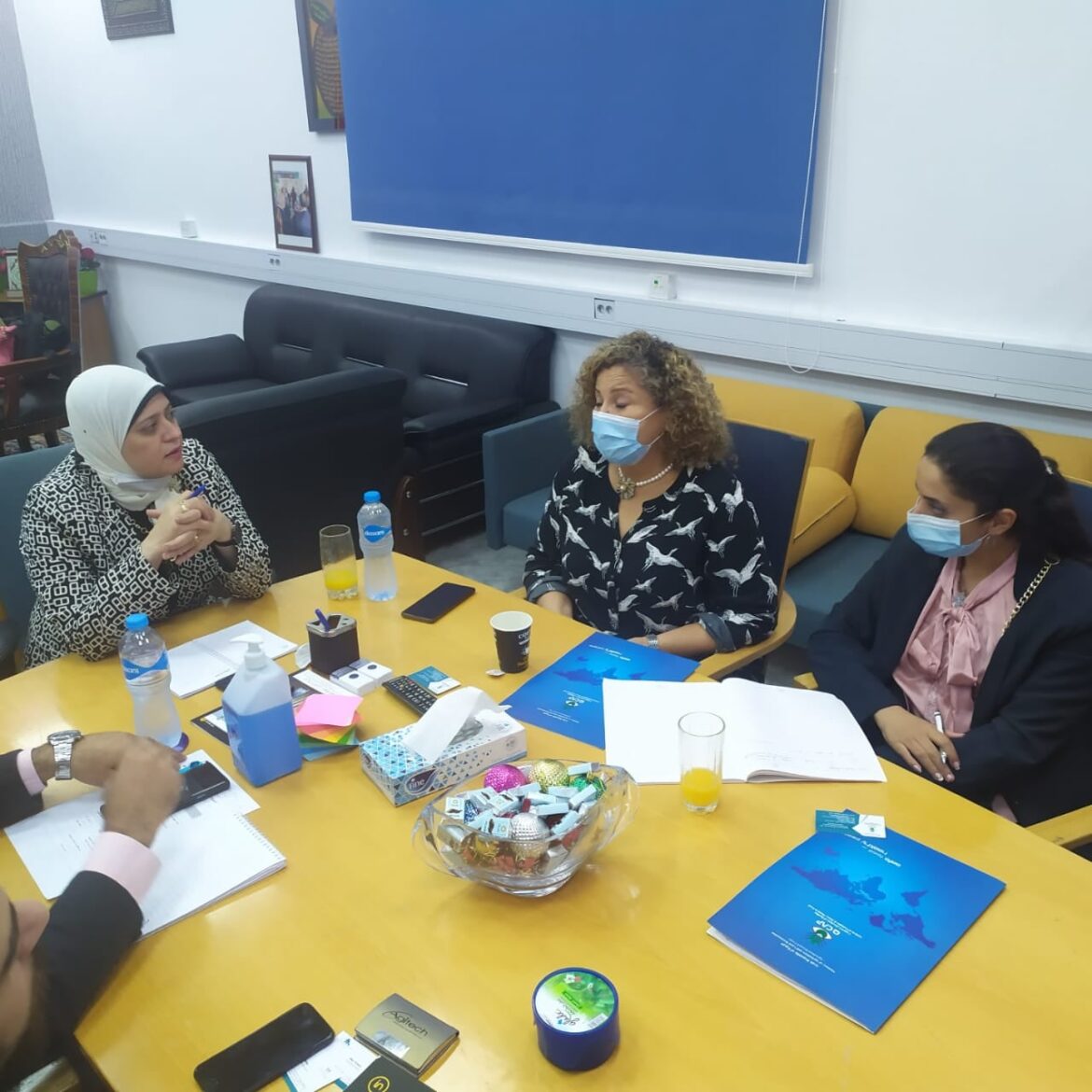 The representatives of the Council held a meeting with the representatives of the Central Laboratory, at the headquarters of the Central Laboratory, the day before yesterday, corresponding to June 8, 2021, with the aim of deepening the relationship and increasing the exchange of experiences and services between the two sides to benefit the companies members of the Board during the coming period.

Dr. Hind Abdullah Mahmoud / Director of the Central Laboratory accompanied Ms. Mai Khairy – Executive Director and Ms. Lilian Malak – Training and Events Specialist on an inspection tour of all laboratories, especially those in the food industries sector, confirming that all laboratories have been renovated using the latest The means and techniques used in this field.

About the central lab:

The Central Laboratory for the Analysis of Pesticides Residues and Heavy Metals in Food was established by Ministerial Resolution No. 680/1995 in the framework of cooperation between the Finnish government and the Egyptian government represented by the Ministry of Agriculture, where the laboratory provides an integrated and distinguished service for the detection of pesticide residues and contaminants in food and the environment.

QCAP is the reference laboratory for the Egyptian Ministry of Agriculture that is authorized to control pollutants in food exports and imports and to issue official certificates of analysis, and it is the first laboratory to obtain international accreditation in the field of analysis of pesticide residues and pollutants in Egypt and the Arab world since 1996

In addition to being the first laboratory accredited in the field of analysis of contaminants in food in the Middle East for more than 25 years, and the only laboratory in Egypt accredited by the European Union in this field, which has an international accreditation certificate according to the ISO 17025 system from the Finnish Accreditation Authority in Europe (FINAS) Where all the certificates of analysis issued by him from different countries of the world are accepted.
The official page of the central laboratory for the analysis of pesticide residues QCAP