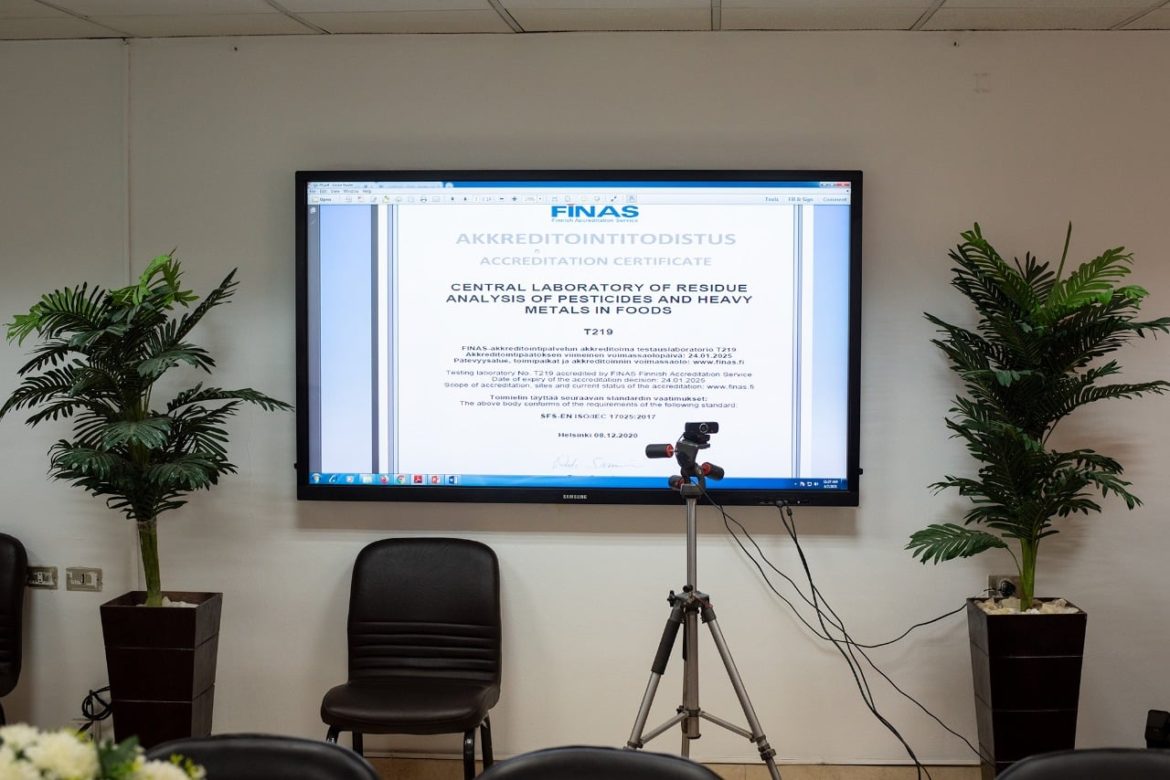 Within the framework of the role of the Central Laboratory for analyzing pesticide residues and heavy metals in food to serve the exporters of agricultural crops and continuous communication with them, an webinar was held in cooperation with the Agriculture Export Council , in which a large number of companies operating in the field of exporting agricultural crops participated. The director of the factory, and Mr. Hani Hussein – Executive Director of the Council, during which the role of the factory and the various services it provided and the development carried out by the factory during recent years were discussed. Some problems affecting export operations, the role of companies operating in the field of export and the role of the Export Council in cooperation with The laboratory was designed to solve it and increase the export efficiency. Discussions were opened and the questions of the exporters were heard and answered by the director of the laboratory and the researchers in the laboratory.
The activities of the symposium ended with some recommendations, including: Work to increase some of the analyzes required from the European Union countries and provide them in the laboratory during the coming period, and increase seminars and workshops with the Agriculture Export Council , and the export companies to take measures to preserve the samples sent to the laboratory in the manner that It leads to the correct results.